Italian vampiric metal mongers THEATRES DES VAMPIRES recently performed at the Romanian Rock’n lasi Open Air Festival and they have released a short performance video that you can check out down below.

Italian “Vampiric Metal” legends THEATRES DES VAMPIRES played at Rock’n Iasi Open Air 2017, on May 20, in Iasi, Romania! A Short performance video (filmed and edited by Razvan M. Lupascu) from their show has been posted online, watch it here: https://www.youtube.com/watch?v=xg3Vzh4rbf4

Furthermore, the band has announced that their new video “Resurrection Mary” will be released in July!

Stated the band:
“Resurrection Mary” track is inspired by a real ghost story of Chicago area. Since the 1930s, several men driving have reported picking up a young lady. This young woman is dressed in a white party dress with dancing shoes. When the driver nears the Resurrection Cemetery, the young woman asks to be let out, whereupon she disappears into the cemetery. We will give our different interpretation of Mary’s story in our new video so stay tuned, run With Mary And never rest… Death is walking fast.. 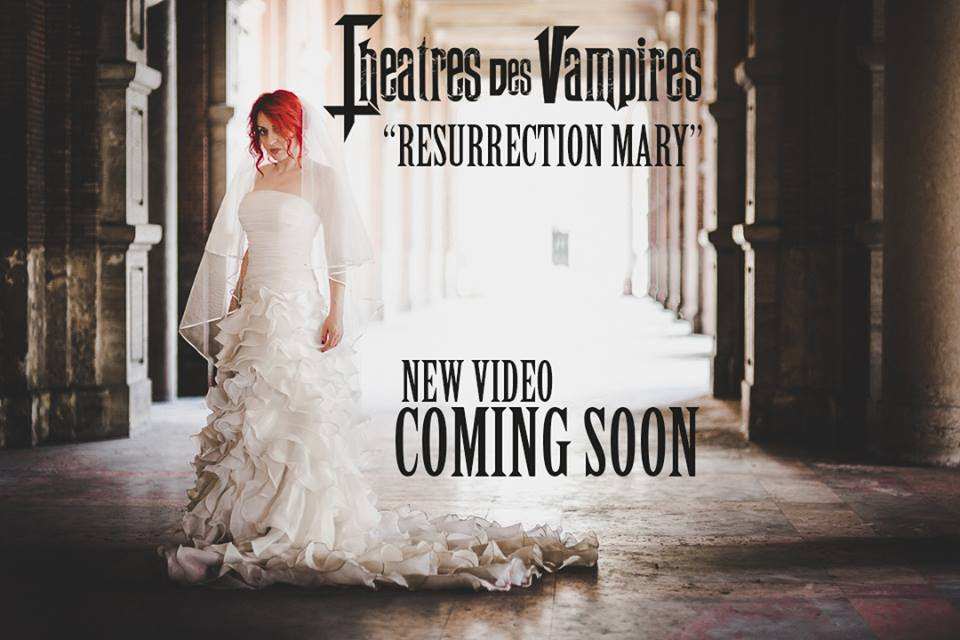 THEATRES DES VAMPIRES is an Italian Gothic Metal band with strong symphonic influences, formed in 1994 and renowned for the predominant theme of vampirism in their lyrics. ‘Candyland’ has been inspired by a room of the infamous Pennhurst Asylum in Pennsylvania, a room which was different from all the others, with colored walls and bars on the windows, described as hell on earth by the patients of the facility, where adults and children with severe mental problems have been hidden from the public eye for decades. ‘Candyland’ was the name of that room. Obsession and madness characterize THEATRES DES VAMPIRES’ latest work, their sound is forceful and sensual at the same time, pervaded with those wistful and melancholic bursts which the band is renowned for.