Legendary Polish black metal giants CHRIST AGONY have embarked on a massive tour of the UK and Europe. You can check out all the dates below and hopefully, you can catch them on one of the dates. 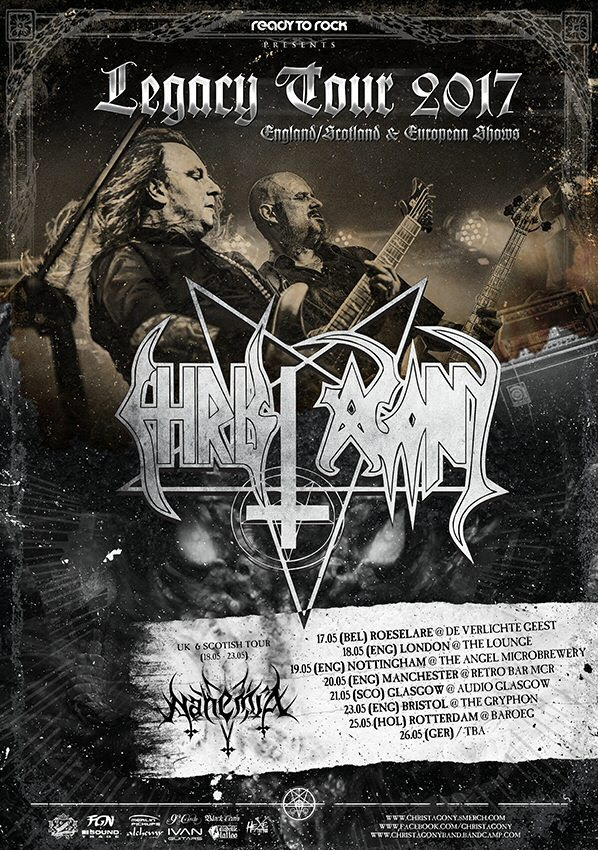 Also check out “Seal Ov The Black Flame”, the first track from the album, which was released for streaming in November 2016:

Polish Legends CHRIST AGONY – formed in 1990 – established since the beginning the leading edge of black metal scene and genre. The band’s debut full-length album “Unholyunion” was released in 1993, which became one of the most original and significant recordings in the world of black metal. November 18th 2016 marked the return of Cezar & CHRIST AGONY in all their glory! The album, entitled “Legacy” (via Witching Hour Productions) contains seven hymns summoning the old days, the atmosphere of the band’s first three albums. With Daray (Dimmu Borgir, Vesania, Hunter) behind the drums “Legacy” delivers crushing and excellent piece of black metal. The album was recorded in Studio 666 in Morag under the watchful eye (and ear) of Michal Grabowski. The cover art was designed by Black Team Media.