American black metal horde VESTERIAN has announced a huge show, “Origins Of Oblivion” black metal show on May 19th in Charlotte NC. Read on for all the details of this incredible sounding show. 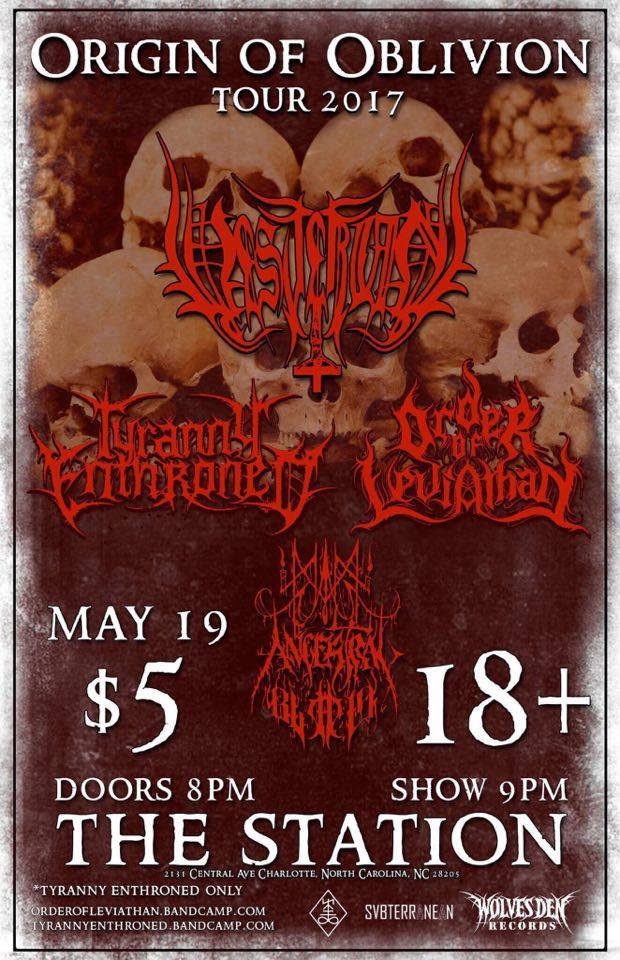 US black metal act VESTERIAN was formed from the ashes of CENTURION in 1996 by guitarist/vocalist and song writer Verigo and drummer A.R. Terror. “Black Metal War” was released in ’97 and the VESTERIAN self title in 1998. After A.R. Terror’s departure in late ’98, VESTERIAN became a one man band solely lead by song writer Verigo. In 1999 Verigo released “Violent Hateful Black Metal” and in 2002 he re-recorded a different version of it. After years of being unable of finding the right musicians, he recorded the full length “Vesterian Wants you Dead” and placed the band on hold. In 2007 Verigo reformed the band and in 2009 was unleashed a full length compilation album and a MCD “Black Metal Terror” with drummer Tomb. In 2011 came out “Black Metal Terror” and the band recorded “Anthems For The Coming War Age” with a new line-up. Short after VESTERIAN signed with Glorious North. Stream “Unseen Hordes Behind The Deafening Storms” (taken from the 4 way split “Infirmos Vocat Deus Fidei” with another ALPHA OMEGA Roster band WORMREICH, alongside Gravespawn and Diabolus Amator, released on May 28th 2016, through Satanath Records sub-label Symbol Of Domination and Black Plague Records): https://www.youtube.com/watch?v=VzW9DIS5KDY