Comments the band:
“We are happy to announce these two new concerts, May 20 with Soul Rape, and for the first time in July 1st, we will play in Norway where we have been invited to perform at Garasje Festival. We are excited to announce that we have completed the composition of the new album, and we will soon reveal the date of entry into the studio.”

New shows will be announced shortly. 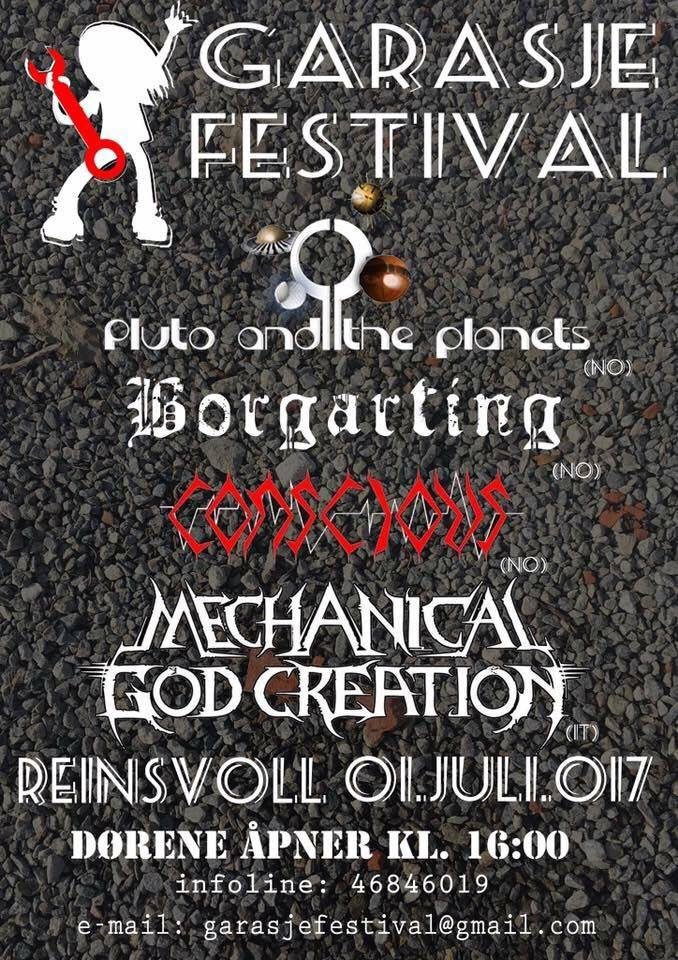 Earlier this year MECHANICAL GOD CREATION toured with SEPTICFLESH, supporting them in Russia. A video footage for their song “Walking Dead” has been posted on youtube, watch it here: https://www.youtube.com/watch?v=cJo7JU46X_0