Legendary Bay area thrash metal group TRAUMA has announced they’re working on new material for their next album. In case you’re not familiar with the band, they are well-known for being the band that Cliff Burton was in and left to join Metallica.

“Here is a show we are confirmed on in 2018. We’re also working on new killer songs!!!! A new single will be available soon.. horns up and stay tuned!” 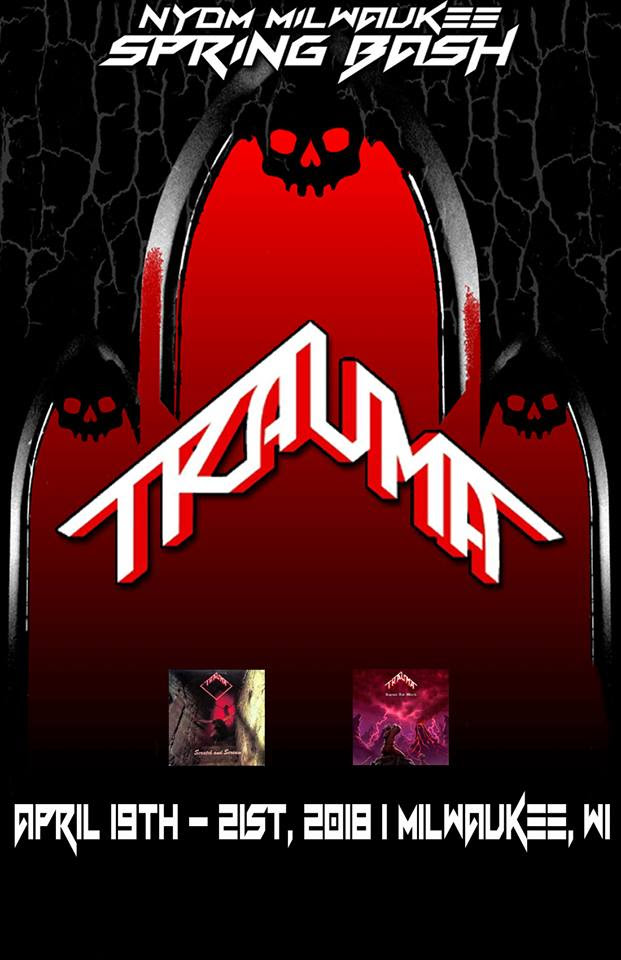 TRAUMA was formed in 1980, having in their original line-up the iconic Cliff Burton on bass guitar, before joining Metallica in 1982. The band quickly became well known throughout California, playing at all the legendary venues, and their first ever recorded track “Such a Shame” was included on Metal Blade Records, Metal Massacre II album in 1982. Their “Scratch and Scream” (1984) album has long been considered a classic Heavy Metal collector’s item. Shrapnel Records re-mastered and re-released the album in October 2013, and TRAUMA reformed with a new line-up for the album re-release. In July 2014 TRAUMA played at the Headbangers Open Air Festival, furthermore the same year TRAUMA signed a world-wide contract with Pure Steel Records. Their latest effort “Rapture and Wrath” was released on February 27, 2015. The band released a video of one of the new songs, “When I Die”, in February 2015. TRAUMA is currently writing material for a new album and is in the process of securing live touring dates.

Check out “When I Die” here: https://www.youtube.com/watch?v=sDYPlLobenc