Horror metal maniacs CADAVERIA today released a cover version of Type O Negative’s hit “Christian Woman.” The band recently released Mondoscuro EP Vinyl edition and the cover song is the first track off the EP. Check out the song below and get more info on the new album.

Cadaveria Herself commented: “This is the very first vinyl release of our history and we are very pleased and excited. Usually we produce music videos along with our releases, but this time I thought to play with images in a different way. I will impersonate the titles of three songs from Mondoscuro, realizing three special shots, that will converge in the cover artwork for Mater Tenebrarum, Dominion of Pain and Christian Woman singles. We will release them monthly through digital stores, starting today till April. Today is the day of Christian Woman, our homage to Peter Steele.” 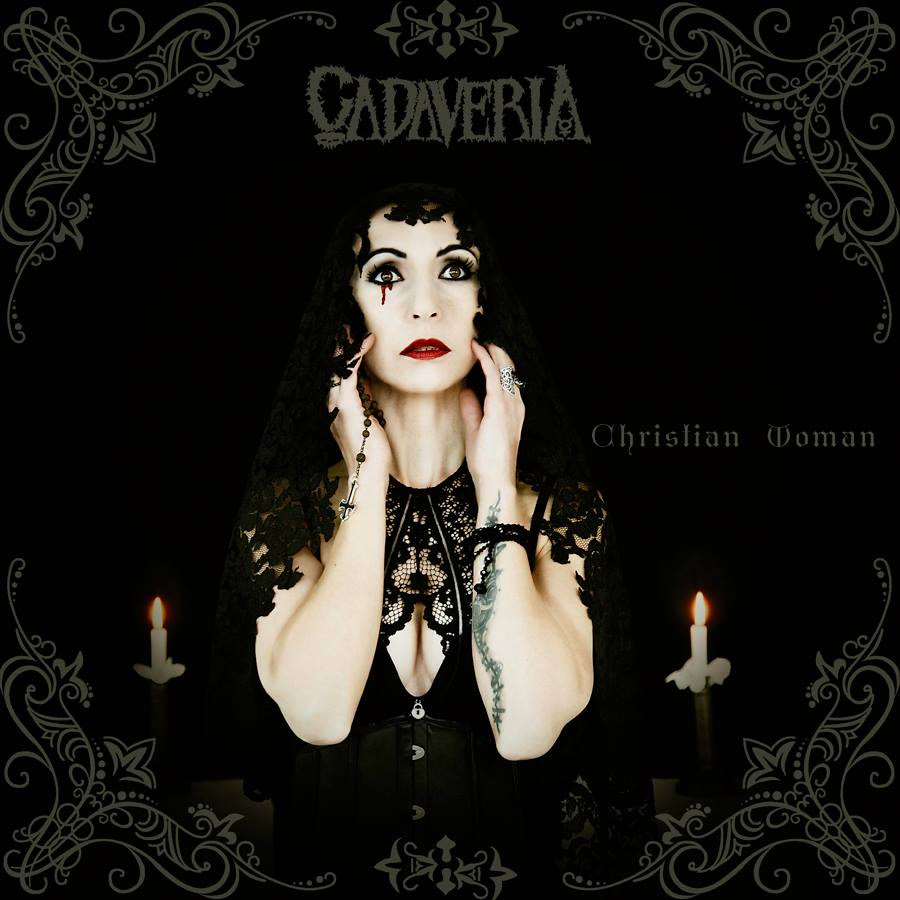 “Mondoscuro” vinyl release comes via Sleaszy Rider Records, which will reprint this Spring also “Far Away From Conformity”, the second album of Italian horror metallers, originally released in 2004. “Mondoscuro” is also available on CD via Black Tears label.

CADAVERIA was formed in 2001  with the intent to create a virtual space where to freely express themselves as musicians and extreme artists. CADAVERIA style, labelled Horror Metal by critics, can be well identified with a personal mix of Black, Death and Gothic Metal. The lyrics, scheming, hermetic and introspective, mirror the dark soul and the vexed personality are of the singer Cadaveria. Their latest full-length effort “Silence” came out in November 2014, via Scarlet Records. On September 2nd was released “Mondoscuro” EP, via Black Tears, co-starring CADAVERIA and NECRODEATH, both as distinct bands and as authors of new songs, composed and played together.