Swedish death metal monsters Evocation have just debuted a new single online for the track, “The Coroner.” The track comes from the band’s new full-length The Shadow Archetype, which is due out on March 10th via Metal Blade Records.

On March 10th, Evocation will celebrate their return to death metal with the stunning new full-length, The Shadow Archetype! While honoring their Swedish death metal roots, The Shadow Archetype also adds thrash metal elements to their addictive, heavy sound. For a preview of the album, fans can hear the second single, “The Coroner”, here: https://www.youtube.com/watch?v=eOvYMkcRfB0

Guitarist Marko Palmen comments: “‘The Coroner’ is in my eyes a classic Swedish Death Metal track in the sense that it incorporates a lot of fast 2-beat verses alongside some cool double bass drum parts. What makes this track stand out in comparison with the rest of the album and perhaps also other Death Metal tracks is that it’s tuned down to flat-A (flat-B tuning on the rest of the album). The down tuning of the guitars and the BOSS HM-2 pedal buzzsaw tone makes the riffs on ‘The Coroner’ sound as if they were forged by Lucifer himself in hell… The track also features in my opinion the best guitar solo on the entire album. Simon really managed to capture the tracks feeling with his melancholic guitar solo. This is definitely one of my favourite tracks on ‘The Shadow Archetype‘!” 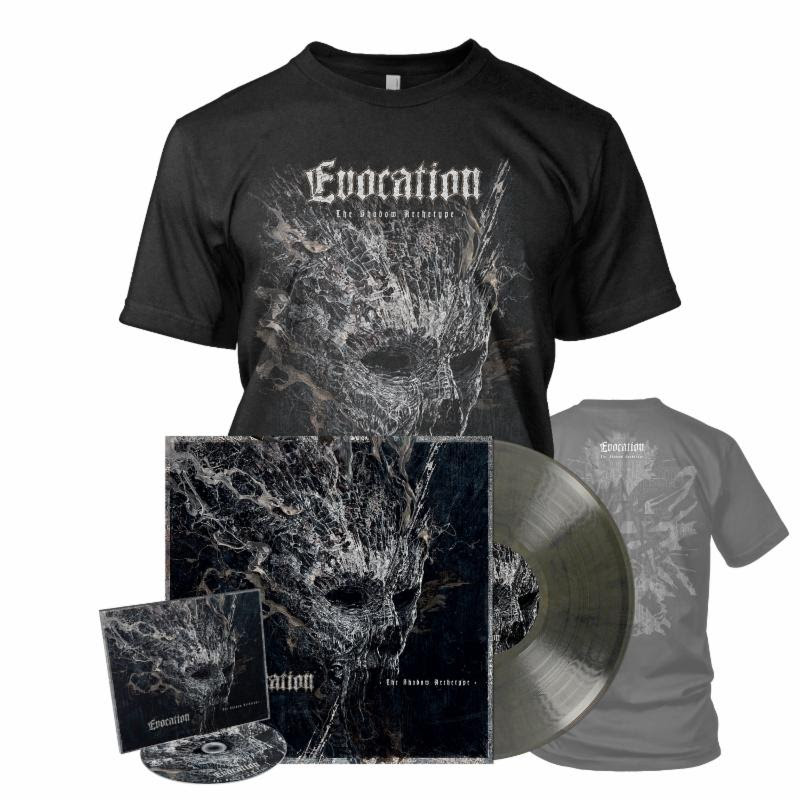 Featuring a cover and layout by Xaay (Behemoth, Nile, etc.), The Shadow Archetype was recorded at three different studios. Backing vocals, mixing and mastering were done at Dugout Productions. Daniel Bergstrand handled the recording of backing vocals and mixing. George Nerantzis handled the mastering. Drums were recorded at Crehate Studios together with studio engineer Oscar Nilsson. The Shadow Archetype also features veteran drummer Per Moller Jensen (ex-The Haunted, ex-Invocator) on session drums. Per sets a new death metal standard on the newEvocation album with his complex, yet groovy drumming, which we know well from his time in The Haunted. Guitars, bass, and lead vocals were recorded by the band in their own studio, Acacia Avenue Recordings. “We started recording the drums in late June 2015 and did the last recordings with vocals in June 2016. So, we spent roughly a year in the studio with ‘The Shadow Archetype‘,” explains Palmen. “In my opinion, the production is our strongest so far. It has all the elements I want in a production; raw brutality with a distinctive punch!”